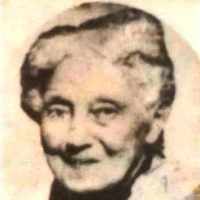 The Life Summary of Harriet Gautesen

Put your face in a costume from Harriet Gautesen's homelands.

Irish (Tipperary): Anglicized form of Gaelic Ó hÓgáin ‘descendant of Ógán’, a personal name from a diminutive of óg ‘young’, also meaning ‘young warrior’. In southern Ireland, some bearers claim descent from an uncle of Brian Boru, while in northern Ireland a surname of the same form was Anglicized as Hagan .