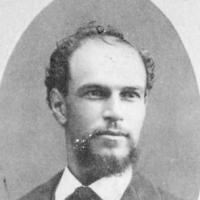 The Life Summary of John Whitaker

Put your face in a costume from John Whitaker's homelands.

Diary of Frederick Chadwick Andrew <p>. . . Friday Feb. 24th 1854. I left Stockport on the half past ten o'clock train for Heywood. I stayed at Heywood all night and left next morning on the 40 minut …