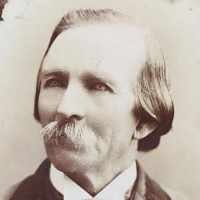 The Life Summary of Charles Oliver

When Charles Oliver Luke was born on 25 January 1829, in Manchester, Lancashire, England, United Kingdom, his father, William Luke Sr., was 27 and his mother, Emma Perkins, was 25. He married Ann Beaver on 27 February 1853, in Ancoats, Lancashire, England, United Kingdom. They were the parents of at least 4 sons and 5 daughters. He immigrated to New Orleans, Orleans, Louisiana, United States in 1853. He died on 20 June 1900, in Manti, Sanpete, Utah, United States, at the age of 71, and was buried in Manti, Sanpete, Utah, United States.

Put your face in a costume from Charles Oliver's homelands.