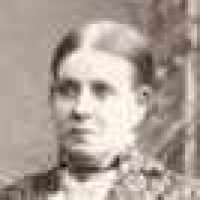 The Life Summary of Lavinia Sarah

Put your face in a costume from Lavinia Sarah's homelands.

BIOGRAPHY OF PRISCILLA VICTORIA MITCHELL CHRISTENSEN Priscilla Mitchell was born in Liverpool, England the 19th day of October , 1839, the daughter of Sarah Mallinsen and Hezekiah Mitchell. …