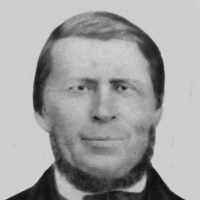 The Life Summary of Marcus

Put your face in a costume from Marcus's homelands.

Marcus and Kersten Ericksen lived in the little country village of Dokedal, Denmark. It is on the sea coast south and east of Aalborg. The sea between there and Sweden is known as the Kattegat and o …