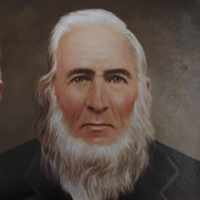 The Life Summary of Orvel Morgan

Put your face in a costume from Orvel Morgan's homelands.

Page 3 of "This Valley" by M. Luella Leavitt

My parents were both born in Illinois and crossed the plains when they were both young. They moved into Ogden, Utah were I was born. We then moved to Echo Canyon where my father and his brother-in-l …