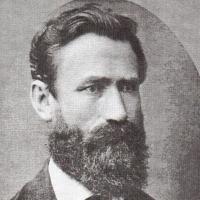 The Life Summary of Ole Christian

When Ole Christian Tellefsen was born on 25 December 1836, in Kristiansand, Vest-Agder, Norway, his father, Tellef Aanensen, was 36 and his mother, Anna Helvig Tolvsdatter, was 38. He married Ingeborg Iversen on 20 January 1866, in Endowment House, Salt Lake City, Salt Lake, Utah, United States. They were the parents of at least 4 sons and 6 daughters. He died on 13 September 1885, in Montpelier, Bear Lake, Idaho, United States, at the age of 48, and was buried in Hyrum City Cemetery, Hyrum, Cache, Utah, United States.

Put your face in a costume from Ole Christian's homelands.

Trek Across the Plains and Twist of Fate