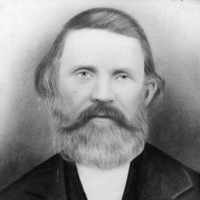 The Life Summary of John Frederick

When John Frederick Carlson was born on 9 May 1817, in Hasmark, Norup, Odense, Denmark, his father, Carl Frederich Severin, was 27 and his mother, Anna Marie Christiansen, was 26. He married Catherine Marie Andersdatter on 10 November 1849, in Brandsby, Hjadstrup, Odense, Denmark. They were the parents of at least 3 sons and 3 daughters. He died on 25 July 1875, in Ovid, Bear Lake, Idaho, United States, at the age of 58, and was buried in Ovid Cemetery, Bear Lake, Idaho, United States.

Put your face in a costume from John Frederick's homelands.

John Frederick Carlsen and his wives

HISTORY OF JOHN FREDRICK CARLSON AND HIS WIVES CATHERINE AND MARTHA John Frederick Carlson, son of Carl Frederick Severn and Anna Marie Christensen, was born 9 May 1917 in Hasmark, Norup, Oden …