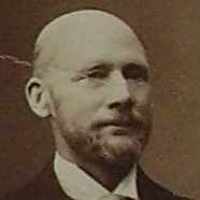 The Life Summary of August Wilhelm

When August Wilhelm Lundstrom was born on 26 May 1868, in Frustuna, Södermanland, Sweden, his father, Gustaf Lundström, was 47 and his mother, Eva Charlotte Wahlsten, was 35. He married Valborg Antonia Halvorsen on 27 November 1889, in Salt Lake, Utah, United States. They were the parents of at least 4 sons and 4 daughters. He lived in Chesterfield, Caribou, Idaho, United States in 1900 and Salt Lake City Ward 2, Salt Lake City, Salt Lake, Utah, United States for about 10 years. He died on 25 April 1951, in Västerhaninge, Stockholm, Sweden, at the age of 82, and was buried in Järna, Stockholm, Sweden.

Put your face in a costume from August Wilhelm's homelands.