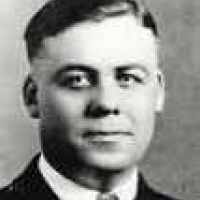 The Life Summary of Samuel Parkinson

Put your face in a costume from Samuel Parkinson's homelands.

1 English: habitational name from any of the various places called Cowley. One in Gloucestershire is named with Old English cū‘cow’ + lēah ‘woodland clearing’; two in Derbyshire have Old English col ‘(char)coal’ as the first element; and one near London has it from Old English cofa ‘shelter’, ‘bay’ ( see Cove ) or the personal name Cofa. The largest group, however, with examples in Buckinghamshire, Devon, Oxfordshire, and Staffordshire, were apparently named as ‘the wood or clearing of Cufa’; however, in view of the number of places named with this element, it is possible that it conceals a topographical term as well as a personal name.2 Irish: reduced form of Macaulay ( see McCauley ).

Sam’s Mothers’ Day Talk May 8, 2016 20th Ward Thank you, Bro. Jensen, for the opportunity to pay a brief tribute to my Mother. Life taught Mother many lessons that she passed on to my brother and m …