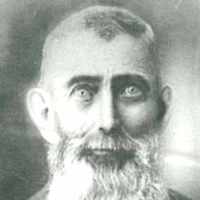 Hollywood Cemetery was established in 1847 in Richmond Virginia. This is where Presidents James Monroe and John Tyler are buried. During the Civil War it became the largest military interments and a large section dedicated to military burials. Jefferson Davis a well known Confederate is also buried here. Many other notable people are also buried here.
1 English and Scottish: from the Breton personal name Aeruiu or Haerviu, composed of the elements haer ‘battle’, ‘carnage’+ vy ‘worthy’, which was brought to England by Breton followers of William the Conqueror, for the most part in the Gallicized form Hervé. (The change from -er- to -ar- was a normal development in Middle English and Old French.) Reaney believes that the surname is also occasionally from a Norman personal name, Old German Herewig, composed of the Germanic elements hari, heri ‘army’ + wīg ‘war’.2 Irish: mainly of English origin, in Ulster and County Wexford, but sometimes a shortened Anglicized form of Gaelic Ó hAirmheadhaigh ‘descendant of Airmheadhach’, a personal name probably meaning ‘esteemed’. It seems to be a derivative of Airmheadh, the name borne by a mythological physician.3 Irish (County Fermanagh): shortened Anglicized form of Gaelic Ó hEarchaidh ‘descendant of Earchadh’, a personal name of uncertain origin.