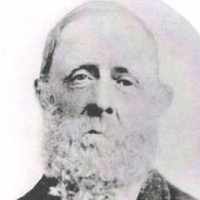 The Life Summary of Able

When Able Alexander was born on 8 January 1821, in Calne, Wiltshire, England, United Kingdom, his father, Henry Alexander, was 43 and his mother, Mary Dolman, was 31. He married Sarah Alexander on 2 December 1845, in Blackland, Wiltshire, England, United Kingdom. They were the parents of at least 2 daughters. He died on 30 August 1897, in Bountiful, Davis, Utah, United States, at the age of 76, and was buried in Bountiful Memorial Park, Bountiful, Davis, Utah, United States.

Put your face in a costume from Able's homelands.