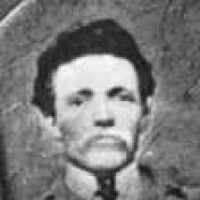 The Life Summary of William Oscar

Put your face in a costume from William Oscar's homelands.

Welsh and Irish (Wexford): variant of Meyler, which was taken to Wexford, Ireland, in the 12th century by a Welsh family so named. The surname is from the Welsh personal name Meilyr (British Celtic The name contains post-medieval excrescent -s), and was Gaelicized as Mac Maoilir.

William Oscar Myler was born on 25 September 1844 in Michigan to James and Julia Ann Brownell Myler Jr. He was the oldest of eleven children, three girls and eight boys. His father James was bor …