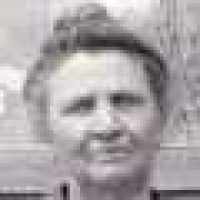 ANNIE HUTCHISON BROWN “I REMEMBER GRANDMA” Prepared by Arvilla B. Wells and told by Lucille B. Mortensen at the first Brown Family Reunion held August 14, 1954 Ninety-seven years ago today, August 14 …