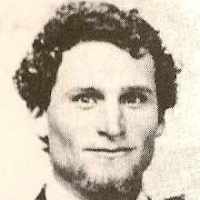 The Life Summary of Worthy

Put your face in a costume from Worthy's homelands.

Worthy, the eldest son , was inclined to a business career - lumber and cattle raising, grazing his herds in the low hills and high mountains around Alpine. Dry seasons, the herd was ranged over the …