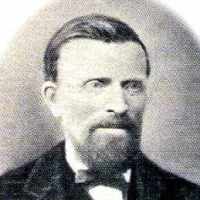 The Life Summary of Tellef John

Put your face in a costume from Tellef John's homelands.

Nicholi Jorgensen was born on June 4, 1879 in Norway. He was the sixth child in his family of eight children born to Israel Jorgensen and Anne Dorethea Henriksen. Istreal was a fisherman and was cons …