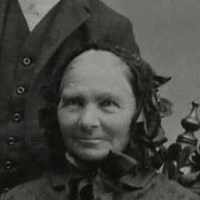 When Elisabeth Galli was born on 29 October 1814, in Gündlischwand, Bern, Switzerland, her father, Johannes Galli, was 39 and her mother, Anna Wyder, was 36. She married Joseph Heugly about 1843, in Switzerland. They were the parents of at least 1 son. She died on 3 March 1887, in Salt Lake City, Salt Lake, Utah, United States, at the age of 72, and was buried in Millcreek Cemetery, Millcreek, Salt Lake, Utah, United States.

My 3rd great grandmother, Elizabeth Galli was born in Bern, Switzerland on 29 October 1814 - 204 years ago. She was the daughter of Johannes Galli and Anne Wyder. She married Joseph Heugly Sr and gave …