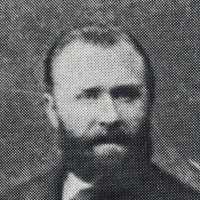 The Life Summary of Erick

When Erick Peterson was born on 14 June 1826, in Skedevi, Östergötland, Sweden, his father, Petter Nilsson, was 27 and his mother, Anna Stina Jansdotter, was 38. He married Ane Kirstine Andersdatter on 18 October 1861, in Endowment House, Salt Lake City, Salt Lake, Utah Territory, United States. They were the parents of at least 5 sons and 7 daughters. In 1860, at the age of 34, his occupation is listed as turner in Salt Lake, Utah Territory, United States. He died on 15 June 1897, in Levan, Juab, Utah, United States, at the age of 71, and was buried in Levan, Juab, Utah, United States.

Put your face in a costume from Erick's homelands.

Anna Christina Peterson was born in Salt Lake City, Utah to Erick Peterson and Anna Kristine Andersen Sorensen Peterson. The following account of her life was written by Vanda Fairchild and was take …