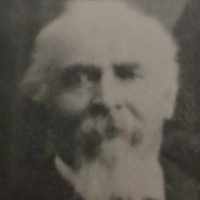 When David Drysdale was born on 29 May 1816, in Rosewell, Midlothian, Scotland, United Kingdom, his father, Robert Drysdale, was 32 and his mother, Catherine Paterson, was 25. He married Susan McNeill on 15 August 1840, in Lasswade, Midlothian, Scotland, United Kingdom. They were the parents of at least 6 sons and 3 daughters. He lived in Beath, Fife, Scotland in 1861 and Utah, United States in 1870. He died on 21 April 1887, in Logan, Cache, Utah, United States, at the age of 70, and was buried in Logan Cemetery, Logan, Cache, Utah, United States.

Eva Christina Lundberg Wennergren lived at the 4th East Street on the same lot as Dr. Wennergren now lives. Grandmother was very ambitious. She would take her axe and cut willows for kindling. Carryin …