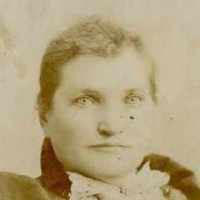 Carolina Ramstrom was 29 years old in 1862 when she traveled from Sweden to America. As a Mormon convert, she was a member of the Norrkoping, Sweden Conference and sailed on the "Electric" (pictured h …