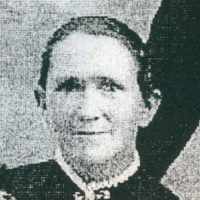 The Life Summary of Christiana Margrete

Put your face in a costume from Christiana Margrete's homelands.

Before leaving their native land, Christiana and Sarah, in their childish desire to bring at least one of their prized possessions with them, insisted upon a beautiful silk and lace parasol. Th …