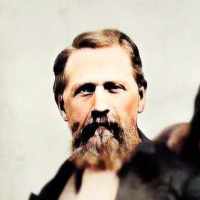 The Life Summary of Edson

Put your face in a costume from Edson's homelands.

Rebellion drives Guerrero from presidency. Immigration to Texas from United States prohibited but not enforced.

Life Story of Edson Whipple Edson Whipple was a descendent of John Whipple, who came to New England about 1620 and settled in Providence, Rhode Island. John was the son of Matthew of Booking, Eng …