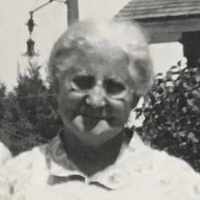 The Life Summary of Frances Harriet

Put your face in a costume from Frances Harriet's homelands.

English: habitational name from the county of Wiltshire in southwest central England, which gets its name from Wilton (once the county's principal town) + Old English scīr ‘shire, administrative division’.