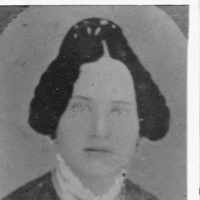 The Life Summary of Eleanor Caroline

Put your face in a costume from Eleanor Caroline's homelands.

Irish: Anglicized form of Gaelic Ó Maoil Eoin ‘descendant of the devotee of (Saint) John’. This is the name of an ecclesiastical family at Clonmacnoise. MacLysaght says that in County Clare there has been some confusion with Muldoon .