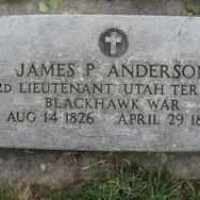 The Life Summary of James Pace

Put your face in a costume from James Pace's homelands.

History of William R. Anderson given by his daughter Eliza A Gunn and printed in the Beaver (UT) press July 2017

Given by his daughter, Eliza A. Gunn In the Anderson (DUP -Daughters of Utah Pioneers) Camp William R. Anderson was the son of Miles and Nancy Pace Anderson, and was born in Nauvoo, Illinois, Sept. …