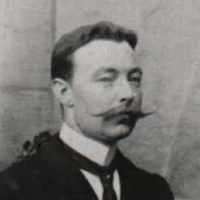 The Life Summary of Jan Hendriks

Put your face in a costume from Jan Hendriks's homelands.

The Dutch began colonization efforts in Aceh province (Indonesia), which led to a decades-long war.

As a boy's name this represents a revival of Middle English Jan, a by‐form of John , or an adoption of the common European form with this spelling. As a girl's name it is a short form of names such as Janet and Janice .

Missionary Service in the Netherlands

Friday, September 1, 1899, Brother Jan Hendrick Meibos of Amsterdam was ordained an Elder by President Alfred L. Farrell and set apart as a full time missionary and assigned to labor in the Armhern Co …