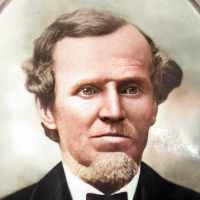 John crossed the plains in the 16th company in 1952 (film 298440) under Captain Uriah Curtis and with wife Sarah Ann and son William. Personal History: Born in Lancashire, England Dec 21 1819. Marr …