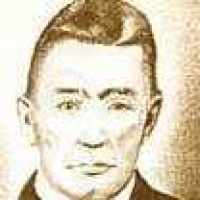 The Life Summary of Daniel Babcock

Put your face in a costume from Daniel Babcock's homelands.

variant of Finnemore with late medieval or early post-medieval change from -n- to -l-.habitational name from a minor place in Slimbridge, Gloucestershire recorded as Fyllymore in 1562, which is apparently the same as Fulemore recorded between 1200 and 1212. Perhaps also from Fullamoor in Whitchurch, Devon.English: