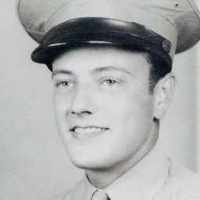 The Life of Attilio John

Put your face in a costume from Attilio John's homelands.

Is a proposed amendment to help guarantee equal legal rights for all citizens of the United States. Its main objective is to end legal distinctions between the two genders in terms of divorce, property, employment, and other legal matters. Even though it isn't the 28th Amendment yet, it has started conversations about the meaning of legal equality.
1934 · Alcatraz Island Becomes Federal Penitentiary