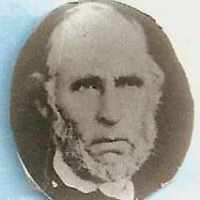 Scottish:in the Highlands, it is usually a nickname from Gaelic cam ‘crooked, bent’ + sròn ‘nose’.in the Lowlands it is also a habitational name from any of various places called Cameron, especially in Fife.

William Cameron Sr. The earliest known of the line of Cameron’s of whom we are descended are to be found in Canada. The Peter Cameron of whom we speak left either Scotland or Ireland and entered Can …