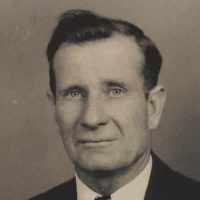 Put your face in a costume from Melvin Reynolds's homelands.

Like the Boy Scouts of America, The Girl Scouts is a youth organization for girls in the United States. Its purpose is to prepare girls to empower themselves and by acquiring practical skills.
(1997: 7373;2007: 14888; 2010: 20434)English: from Middle English trip(pe) (n) ‘(to) dance; stumble’ (Old French tripe(r)), either an occupational name for a dancer, or a nickname for someone who had difficulty walking.English: metonymic occupational name from Middle English trip(e) ‘tripe’ (Old French tripe).

One day after all the children were gone from home, Melvin came to Stella and told her to pack a few things. They were going to Salt Lake City right then. She immediately packed and off they we …