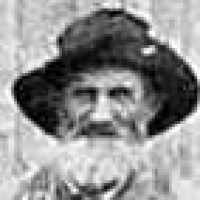 Birth year of renown musical composer and pianist. Born in Bergen, Norway. Musical composer and pianist whose music is known worldwide. His use and development of Norwegian folk music in his own compositions brought the music of Norway to develop a national identity,
(1997: 219;2007: 386; 2010: 491)Some characteristic forenames: Scandinavian Erik, Bjorn.Norwegian: patronymic from the personal name Gulbrand, from Old Norse Guthbrandr, a compound of guth ‘god’ + brandr ‘sword’. Compare Gilbertsen .

I was born in 1949 and my great-grandfather, John Addison Hunt, died in 1958 when I was 9 years old. Even though I was quite young I have several vivid memories of him. Every summer we would come as …