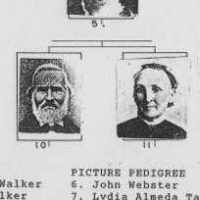 English and Scottish: variant of Boyce .

In some cases possibly also an Americanized form of French Bois .