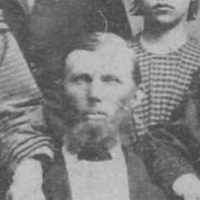 When Anders Hintze was born on 29 January 1821, in Herslev, Roskilde, Denmark, his father, Hintze Andersen, was 54 and his mother, Maren Larsdatter, was 26. He married Karen Sophie Nicolaisdatter on 8 November 1851, in Roskilde Domsogn, Sømme, Copenhagen, Denmark. They were the parents of at least 2 sons and 4 daughters. He lived in Copenhagen, Denmark in 1845. He died on 5 March 1888, in Cottonwood, Salt Lake, Utah, United States, at the age of 67, and was buried in Holladay, Salt Lake, Utah, United States.