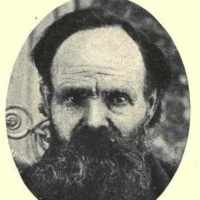 The Life Summary of Alpheus Amulek

Put your face in a costume from Alpheus Amulek's homelands.

David Edwin Bassett was born 9 Oct 1846 – the second child of Loren Elias Bassett and Hulda Dimeras Vaughn Harmon. He was part of a “yours, mine, and ours” family, being Hulda’s eleventh child and Lo …