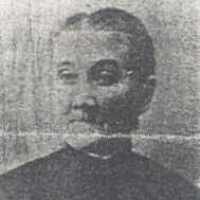 The popular childhood rhyme "London Bridge is Falling Down" refers to the infamous overpass above the Thames River. By the 19th century the bridge had started to fall apart.