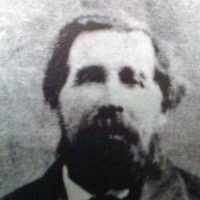 When Jens Jacobsen was born on 28 July 1824, in Ullerup, Give, Koldinghus, Denmark, his father, Jacob Hansen, was 28 and his mother, Johanna Pedersdatter, was 22. He married Maren Madsdatter on 15 November 1851, in Give, Koldinghus, Denmark. They were the parents of at least 2 sons and 2 daughters. He immigrated to New York City, New York, United States in 1867 and lived in Give, Nørvang, Vejle, Denmark for about 26 years. He died on 13 September 1901, in Moroni, Sanpete, Utah, United States, at the age of 77, and was buried in Moroni, Sanpete, Utah, United States.

Emile's stunt before he died

Stories of Ancestors, Family Reunion 1998 At the Reunion, Viola Lauper Johnson was asked to share some stories of her ancestors. Her words were recorded and transcribed by Wilma Stocker. She speaks o …