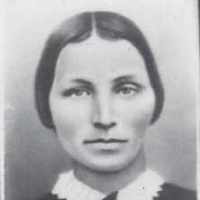 When Anna Marie Olson was born on 11 January 1829, in Oslo, Norway, her father, Peder Olsen, was 29 and her mother, Magretha Mathiasdatter, was 27. She married Peter Christiansen Peterson on 13 October 1850. They were the parents of at least 5 sons and 5 daughters. She died on 9 November 1875, in Ogden, Weber, Utah, United States, at the age of 46, and was buried in Ogden, Weber, Utah, United States.

Anna Marie was born 11 January 1829 in Oslo, Norway. Her parents are Peter Olsen and Margarete Mathiasen. When she was twenty-one years old she married Peter C. Peterson on 15 October 1850 in Oslo, …