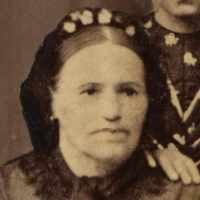 When Elisabeth Trachsler was born on 2 January 1820, in Russikon, Zürich, Switzerland, her father, Hans Georg Trachsler, was 26 and her mother, Catharina Schmid, was 27. She married Johannes Caspar Bosshard on 10 October 1839, in Wildberg, Zürich, Switzerland. They were the parents of at least 7 sons and 4 daughters. She died on 30 April 1898, in Provo, Utah, Utah, United States, at the age of 78, and was buried in Provo City Cemetery, Provo, Utah, Utah, United States.

The spelling of Elizabeth used in the Authorized Version of the New Testament, and in most modern European languages. This was the name of the mother of John the Baptist (Luke 1:60). Etymologically, the name means ‘God is my oath’, and is therefore identical with Elisheba, the name of the wife of Aaron according to the genealogy at Exodus 6:23. The final element seems to have been altered by association with Hebrew shabbāth ‘Sabbath’.

Maps of Switzerland, location of my ancestors

Elizabeth Traschler Boshard left Switzerland after her husband Kasper Bosshard died. She sailed from Liverpool, England to the United States of America with her children Henry, Elizabeth, Harry, John …