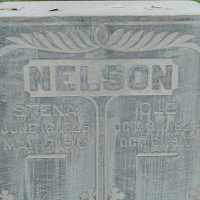 The Life of Ole Christian

Put your face in a costume from Ole Christian's homelands.

The Crimes Act was made to provide a clearer punishment of certain crimes against the United States. Part of it includes: Changing the maximum sentence of imprisonment to be increased from seven to ten years and changing the maximum fine from $5,000 to $10,000.
1829 · Oldest Leather Goods in Denmark

Kuffert Sorensen was established in 1829 by Carl Peter Sorensen as a leather goods company. Today the business has five locations and each are run by a member of the Sorensen family.
1847 · Casino Theatre (Copenhagen)