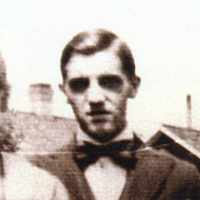 The Life Summary of Herman Martin

Put your face in a costume from Herman Martin's homelands.

German and Swiss German: habitational name from any of several places called Allenbach, e.g. in Rhineland-Palatinate in Germany. Compare Allebach , Allenbaugh , and Alumbaugh .