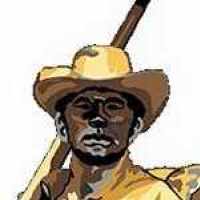 The Life Summary of Elijah Edward

Put your face in a costume from Elijah Edward's homelands.

English: habitational name from one or more of various places so named, especially Holden in Haslingden (Lancashire), but also Holden in Bolton and Holden in Silsden (both Yorkshire), Holedean Farm in Henfield and Holden in Rotherfield (both Sussex), Holding Farm in Cheriton and Woolding Farm in Whitchurch (Hampshire), and Holden in Southborough (Kent). Most of the placenames derive from Old English hol ‘hollow’ + denu ‘valley’, though Holden in Rotherfield (Sussex) and Holden in Southborough (Kent) may have Old English denn ‘pasture’ as the final element. Compare Holcomb .Norwegian: habitational name from the name of several farms, most of them derived from Old Norse hǫll ‘slope, hillside’.

Father was born 27 March, 1826 in the town of Henry,Pendleton County, Kentucky. Not much is known of his father’s life although we have very diligently tried to find out more. Neither do I know augh …