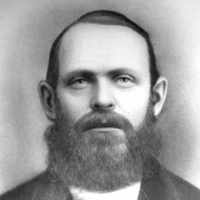 When Michael Knutti was born on 16 September 1839, in Därstetten, Bern, Switzerland, his father, Michael Knutti, was 30 and his mother, Anna Eschler, was 34. He married Elizabeth Jutzeler on 8 May 1868, in Därstetten, Bern, Switzerland. They were the parents of at least 8 sons and 2 daughters. He died on 21 October 1889, in Montpelier, Bear Lake, Idaho, United States, at the age of 50, and was buried in Montpelier Cemetery, Montpelier, Bear Lake, Idaho, United States.

form of a common biblical name (meaning ‘who is like God?’ in Hebrew) borne by one of the archangels, the protector of the ancient Hebrews, who is also regarded as a saint of the Catholic Church. In the Middle Ages, Michael was regarded as captain of the heavenly host (see Revelation 12:7–9), symbol of the Church Militant, and patron of soldiers. He was often depicted bearing a flaming sword. The name is also borne by a Persian prince and ally of Belshazzar mentioned in the Book of Daniel. Since the early 1900s it has been one of the most enduringly popular boys' names in the English-speaking world. See also Michal .