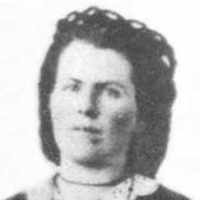 English (Norfolk): apparently a habitational name from a lost place in Norfolk called Gridleston or Girdleston.

Emma Girdlestone Smith was born March 31, 1835, in Norfold, England, in the village of Borford. She was the second daughter of Thomas Girdlestone and Mary Betts, and the second of eleven childre …