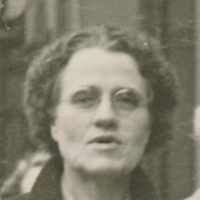 Like the Boy Scouts of America, The Girl Scouts is a youth organization for girls in the United States. Its purpose is to prepare girls to empower themselves and by acquiring practical skills.
(1997: 11184;2007: 21690; 2010: 29094)English: habitational name from one or other of various places so called in Bedfordshire, Cheshire, Hampshire, and Middlesex. They were named with Old English hīd ‘hide (of land)’, a variable measure of land, differing from place to place and time to time, and seems to have been originally fixed as the amount necessary to support one (extended) family (Old English hīgan, hīwan ‘household’). The surname may also be topographic for someone living on (and farming) a hide of land. The Hyde family has been in Leinster, Ireland, since the early 13th century and one family has been established in the county of Cork since the 16th century. The name was Gaelicized as both Dalaithíd and de hÍde. Compare Hyder .Americanized form of Jewish Haid .

When I was a young girl, My grandmother Marie would take me to Brentwood California for a visit. Aunt Florence, Grandma Marie's sister, helped Aunt Rose in many ways. One way she helped out was to b …