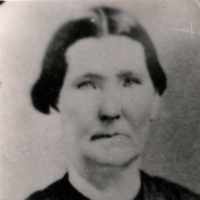 Scottish and Irish: habitational name from the county and earldom of Angus in Scotland, or from the Gaelic personal name Aonghus, said to be composed of Celtic aon ‘one’ + gus ‘choice’. This was borne by an early Celtic deity and prominent mythological figure, and a famous 8th-century Pictish king.

The following is from the journal of Gibson Condie, the husband of Elizabeth Robinson. In this excerpt he explains how it was that George Sr. and George Jr. did not cross the plains to Salt Lake City …