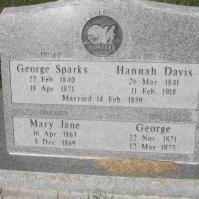 English:variant of Spark , with post-medieval excrescent -s.possibly a nickname from the plural form of Middle English spark ‘fiery particle’, perhaps given to a blacksmith.