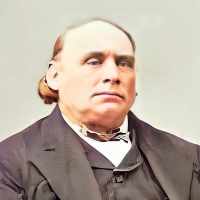 When Henry Steed was born on 24 May 1817, in Mathon, Herefordshire, England, his father, James Steed, was 31 and his mother, Ann, was 27. He married Sarah Layton on 5 February 1837, in Worcester, Worcestershire, England, United Kingdom. They were the parents of at least 1 son. He lived in Nauvoo, Hancock, Illinois, United States for about 7 years. He died on 8 October 1890, in Farmington, Davis, Utah, United States, at the age of 73, and was buried in Farmington, Davis, Utah, United States.

English:from Middle English sted(e) ‘horse, stallion’ (Old English steda), perhaps used as a nickname for a strong or lusty man or for someone who worked with horses. Compare Steadman .variant of Stead .