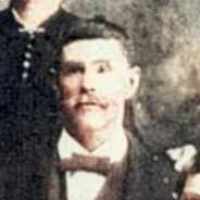 The Life Summary of Benjamin Boyce

Put your face in a costume from Benjamin Boyce's homelands.

habitational name from Richmond (North Yorkshire). The placename was probably transferred after the Norman Conquest from any of numerous places in France named with Old French riche ‘mighty, strong’ + munt, mont ‘mountain, hill’. Richmond in southwest London received this name only in the reign of Henry VII, in honor of the king, who had been Earl of Richmond until he came to the throne, and is unlikely to be the source of this surname.occasionally a variant of Richman , with excrescent -d. The two names were probably often confused.English:

Twenty eight years, ten months and sixteen days was all the time Benjamin Boyce Richmond was given to live a full and complete life. Benjamin was born to Thomas Richmond and Margaret Boyce on 20 Octo …