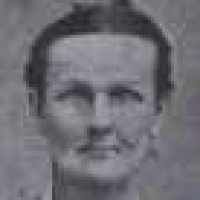 The Life Summary of Barbara Ann

Put your face in a costume from Barbara Ann's homelands.

Henry Malyon Bridges and his wife, Sarah Louisa Lowe Bridges, left England for America on the Ship Hudson, June 3, 1864, and arrived in New York on July 19, 1864. Their address in England was: 16 Cour …